What could be a spectacular and efficient solution for a mass produced temporary event tent?

Simplex pavilion is a foldable cellular space designed for Red Bull as a portable event tent. From the outside it is a spiky exciting object but from the inside it is an atmospheric smooth gate.The roof is a single piece where all complexity is given in pre-production, so the setup process is quick and simple. It is made out of Tyvek which makes the pavilion easy to handle, weather proof and printable. It is low-budget and recyclable. Each diamond cell contributes to create the overall shape. All cells have a deformation that shows exactly their structural position and makes all of them unique. The roof gets an ideal force pattern by positioning denser zones.

This project was featured in ‘Emerging Talents, Emerging Technologies’ publication. 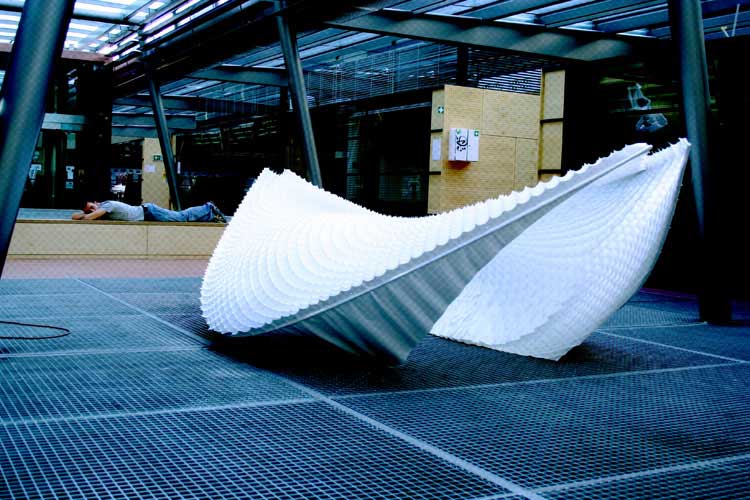 SCALE PROTOTYPE 1:3 After building a series of section and part models this was the first self-supporting prototype that revealed the inner gateway and the spiky
outer surface. The piece is a hybrid of a tension and a pressure structure. 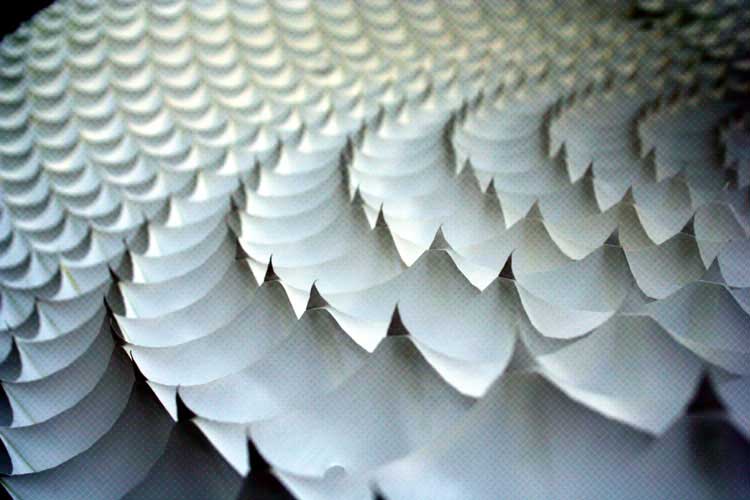 SPIKE DETAIL The outer surface has “soft” spikes where the glue lines converge. The peaks are never doubled to proactively eliminate the difficulty of
point-like connections. 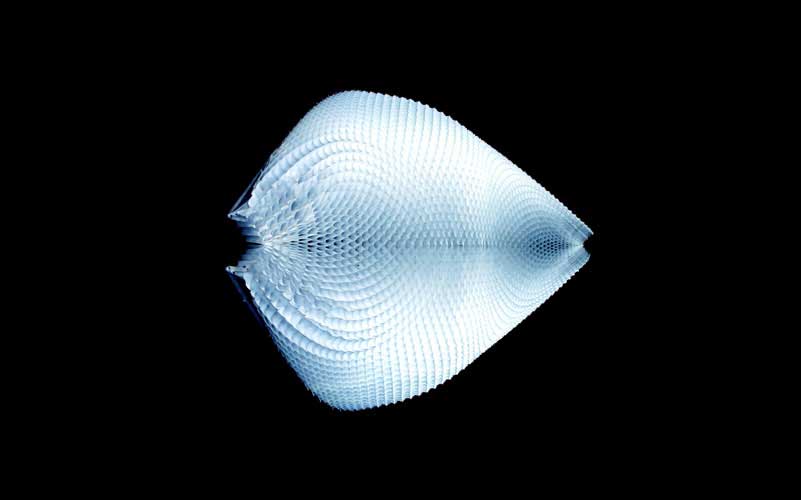 TOP VIEW Every cell has the same size when the structure is flat. Each cell deforms under tension and displays the amplitude and direction of the force that keeps it open. 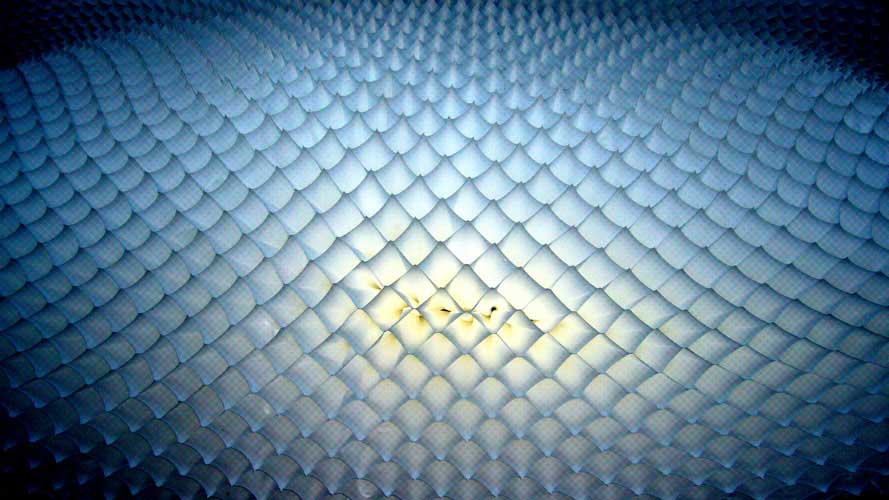 DEEP SURFACE Following the sinus based cut pattern the object has a gradiently changing depth that gives a volumetric feel to the surface. 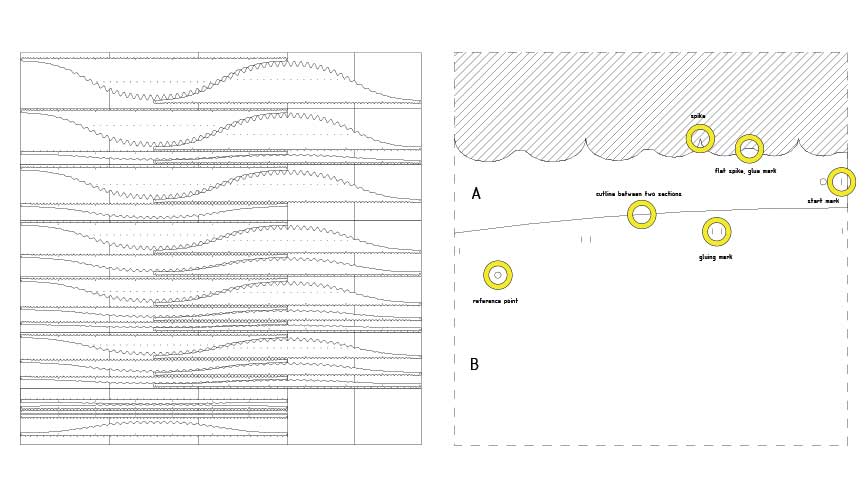 ASSEMBLING THE PROTOTYPE The laser cut pattern is based on nested sinus curves to maximize of the usage of Tyvek that is manufactured in rolls. Additional marks determine
orientation, glue positioning and reference points for the assembly. 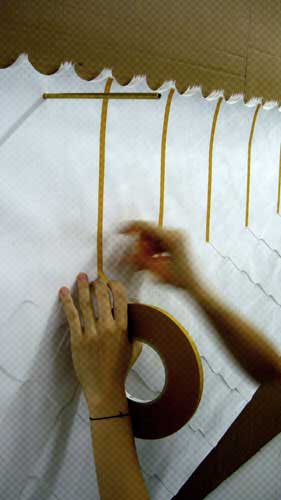